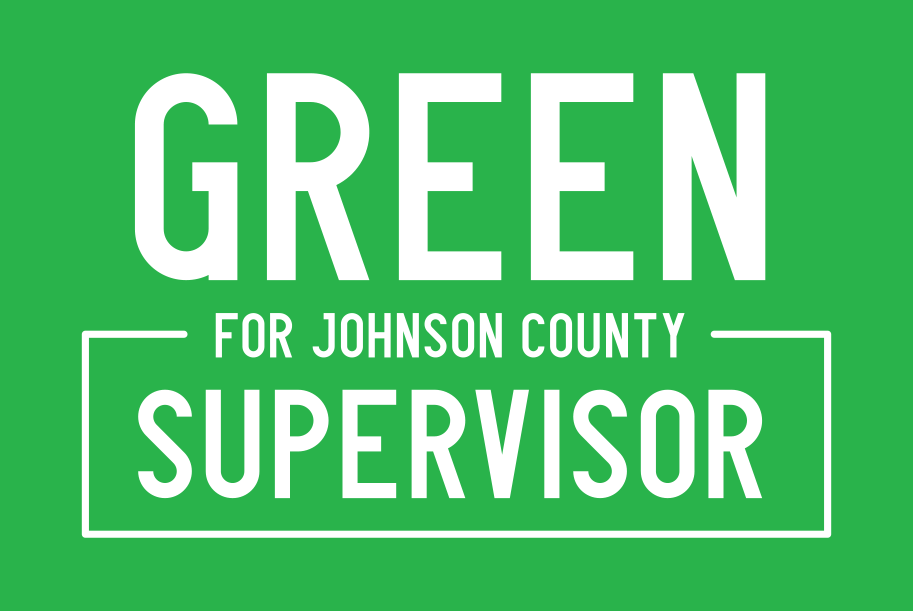 I'm Jon Green and I'm a candidate for re-election as a Johnson County Supervisor in 2022. My thanks go out to those who supported my 2021 Special Election campaign and our victory by an overwhelming margin.

In my time on the Board of Supervisors you have gotten to know about my priorities:

My several months of experience on the Board have revealed to me many things Johnson County government is doing well, but also parts of government it can improve. This experience has also sharpened my perspective on what are the greatest needs of the county as a whole, but especially those who have been hurt most by the pandemic and economic struggles. This re-election campaign gives us, me and you, the voters, a good opportunity to discuss these concerns.

I was born in Wyoming, and both how I talk and how I present myself might give you pause. But make no mistake: I'm rural Iowa. I've lived most of my life in the Lone Tree area. My paternal grandparents, themselves multigenerational Iowans, met at a roller rink in Nichols, and lived in Lone Tree. I lived in the house they built before moving last year to a rural acreage a few miles north of Lone Tree.

I went to West Liberty schools from kindergarten through sixth grade when we lived in Nichols. Things weren't so good back then. I got bullied, badly. I lost some teeth. I open-enrolled in Lone Tree schools and then moved there, graduating from high school in 2001. I attended both the University of Iowa and Morningside University in Sioux City, earning my journalism B.A. from Morningside in 2007.

Now let me tell you about my previous public service.

My education is in journalism. In 2009, I was a newspaper reporter when Wyoming's Democratic Governor, Dave Freudenthal, hired me as his press secretary. I'm grateful to Dave, but imagine working for Senator Joe Manchin. I got out of politics for a while.

When Bernie Sanders ran for President in 2016, I was ready to re-engage. Elected to the State Central Committee, I'm damned proud of working to change state party rules so those who don't identify as male or female can run for state party seats without having to mis-identify their gender.

I was attending a Lone Tree City Council meeting in 2017, when the Mayor berated an elderly couple who came asking for help. So I ran for Mayor, and won. During my term I pushed to get our employees a living wage, launched a working group with the Iowa Women's Foundation to bring affordable childcare to town, and met with the Community Broadband Action Network to find ways to better our Internet connectivity options.

I held performance reviews for staff (the first in years), updated job descriptions and policies that hadn't been touched since the early 1990s, and asked the Council to diminish the Mayor's power by hiring a City Administrator. While I didn't get everything I tried for, I made a significant difference.

Here's why I'm asking for you to support me to continue as Supervisor. Johnson County is doing better than anywhere else in Iowa, but we can and must do more. The pandemic has been a terrible gut punch for too many of us, but we now have the chance to put something better in the old world's place.

President Biden calls upon us to "build back better." Let us meet not just the challenge of his rhetoric, but the opportunity of our time. For Biden to be successful federally, we must ourselves be ambitious locally. So many of the profound difficulties the Democratic Party now confronts spring from our disinterest in local politics, and especially rural and small town concerns. Today, I ask you to refocus on the here, on the now.

Here are some of my priorities:

None of that is easy. That's why it is important.

My hope is that I can earn your support to continue representing you on the Johnson County Board of Supervisors. 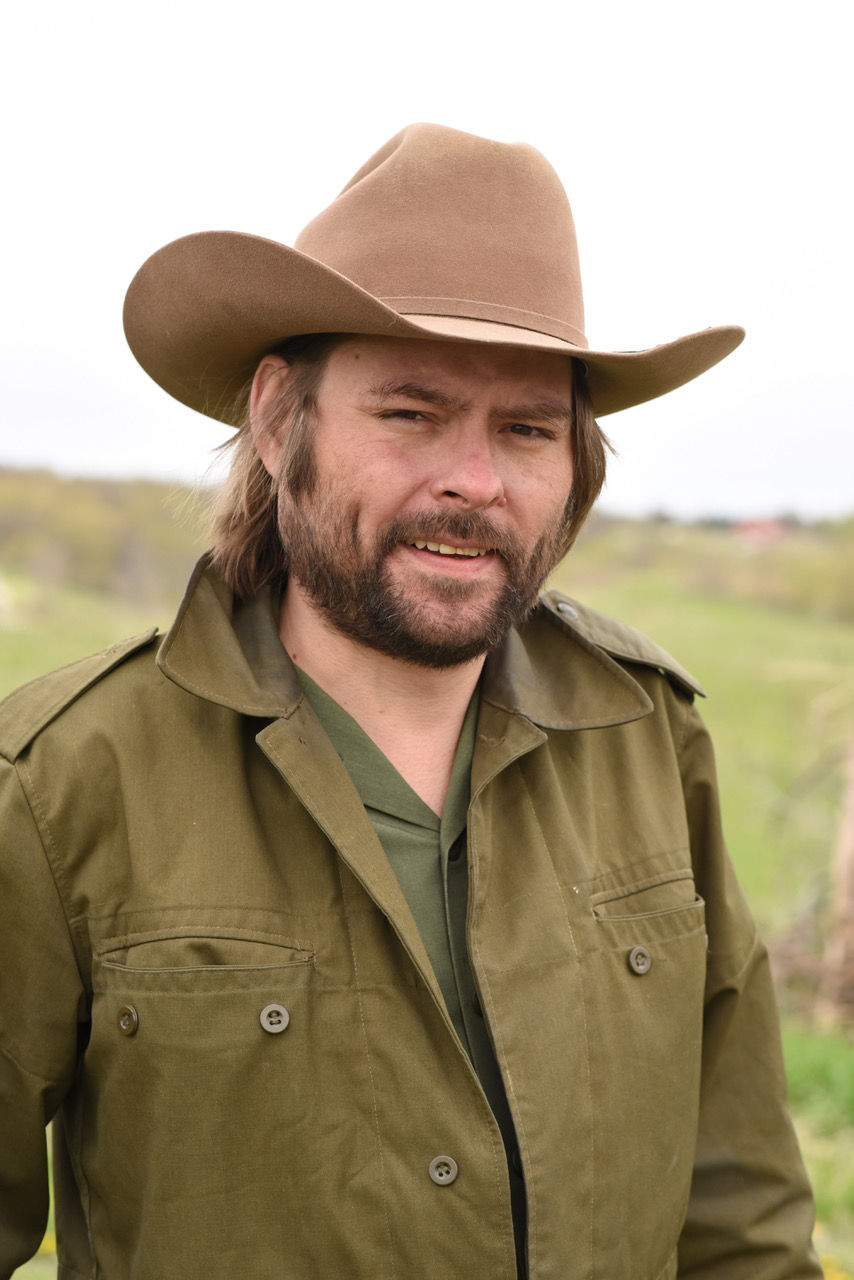